Home > Gambling > Doing the Lottery and Chances of Winning

Doing the Lottery and Chances of Winning 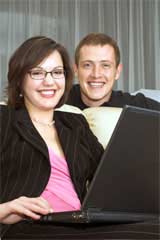 Despite offering astronomical odds of winning its jackpot cash prizes, the national lottery and its millionaire dream are too much for many too resist.

Only fifty years ago the lottery was largely seen as a morally dubious gambling activity and outlawed as a criminal act in many countries across the world. It was only in the 1960s, when governments started to cotton on the benefits of using gambling as a way of raising extra revenue, that this all started to change.

There are still countries today that prohibit lotteries, but many more, including the US and the UK, not only allow it but organise their own and actively encourage entry. These national lotteries are usually run by governments or local states and typically offer ticket holders the chance to win vast cash sums, sometimes valuing in excess of several million pounds every week.

Lotteries are often the most popular forms of gambling in their respective countries despite offering some of the worst odds in public competition. A jackpot prize winner will have had to, for example, scale odds of 1 in several million. For this reason critics are wont to describe national lotteries as ‘voluntary tax’, ‘tax on stupidity’ or even ‘regressive tax’, as the tickets are largely bought by the less affluent members of society.

At every UK Lotto draw six numbers and a bonus number are drawn from a group of balls individually numbered from 1 to 49 to determine that week’s winning numbers. In order to qualify for a chance to win, players will have bought a lottery ticket and either chosen their own corresponding six numbers or allowed a machine to generate a random selection. Prizes are awarded to those with at least 3 matching numbers with the cash prize increasing the greater number of corresponding numbers.

The chances of holding onto a ticket with six matching numbers on draw night are an astronomical 1 in 13,983,816. Sometimes more than one person gets all six numbers and the jackpot is then shared between them. Sometimes nobody has all the six numbers, in which case the money is thrown into the prize money pot for the next Lotto draw.

Living the Fantasy Not the Odds

It is certainly a curious aspect of human nature that makes so many people throw their money at a competition offering worse odds than being struck dead by a lightning bolt, especially when there are so many other comps offering not only better chances of winning but also free entry too. But what the national lottery has that these ‘other’ competitions don’t, is a life-changing jackpot prize. It would be marvellous to win an exotic holiday or a new car but it wouldn’t irreversibly transform someone’s life like 5 million pounds would. It is the excitement of this fantasy that inspires so many people to play the lottery.

Of course not everybody who enters the lottery has their eyes firmly fixed on the top prize, many would settle for a smaller cash sum in exchange for some fairer odds.

Playing as part of a well-organised syndicate is a popular choice for people happy to settle for a smaller cash prize. It operates along similar principles as the National Lottery secondary games, in that it offers better chances of winning but smaller rewards. For example a group of 50 members, each contributing their single entry fee, will stand a 50 times greater chance of winning a cash prize than an individual entrant, but the cash prize will have to be shared between the 50.

The only sure fire way to increase the chances of winning the main jackpot is to buy more tickets. There is actually one method of increasing the odds that does not involve spending any more money. This idea involves a player working out how much they would spend gambling on the lottery in their lifetime, and then putting the whole amount on in one week. Whether they win or loose they must then never play it ever again.