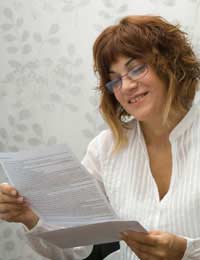 Reader’s Digest prize draws are the world’s most famous, but not always for the right reasons; whilst many are wowed by the lavish prizes on offer, many more are suspicious of whether anybody actually wins them.

In many ways there shouldn’t be any question about the authenticity of its prize draws. The Reader’s Digest itself is a well-respected publication, which has been rolling out high quality general interest journalism since its foundation 1922. Although not as popular now as it once was, the Digest still manages to shift around 18 million copies and attract a readership of an estimated 80 million across the world.

Over its lifetime the Reader’s Digest has been a ground breaker. In addition to its journalistic endeavours, it lays claim to inventing the condensed novel, pioneering prize draws and revolutionising direct mail marketing. However, its efforts in the latter two fields have tainted its revered reputation in many people’s eyes, giving rise to a less prestigious title as the grand master of junk mail.

Direct Marketing and the Prize Draw

Many first experiences with the Reader’s Digest don’t begin with the journal itself, but with the receipt of an enticing letter informing them that are through to the last round of a prize draw. All the recipient needs to do to stand a chance of winning vast sums of cash is fill in the enclosed forms and send them back.

Invariably the win never materialises and the person finds themselves being lumbered with copies of the magazine they never wanted plus demands for payment. Ultimately they discover that by surrendering their contact information they have unwittingly become a target for the world’s most unforgiving direct mail operation.

Can Buying the Reader’s Digest Improve Chances of Winning?

This fiendish operation has been accused of using its cleverly orchestrated mail literature to infer that if the recipient took out a subscription or bought one the many mail order products on offer then they stand a good chance of winning the Reader’s Digest prize draw.

This would of course be against all the rules of competition but this fact hasn’t stopped people from ordering items they don’t want in the misguided belief that the prize draw is fixed in such a way.

In fact this direct mail tactic has hoodwinked so many people out of money, and generated so many lucrative subscriptions, that the company was taken to court in 2001 to settle allegations of tricking the elderly into buying their products. The Reader’s Digest must now make it clear that all entries stand an equal chance of winning whether or not accompanied by an order.

In the End, is it all Worth it?

But are all the frustrations tied up with entering a Reader’s Digest prize draw worth it in the end? Do people really win?

People do win, but whether one takes out a magazine subscription or not, the chances of doing so are incredibly low. As a prize draw that is heavily advertised and runs over a long period of time, it attracts an incredible number of entrants. It is believed that a single entry stands a 1 in 17 million chance of hitting the jackpot.

The odds on winning are therefore even lower than the notoriously outlandish National Lottery jackpot, and that does at least offer the winner millionaire status.

So in conclusion, it seems that there are so many doubts about whether anybody actually wins the Reader’s Digest prize draw because in reality so few people actually do.

One Step Away From Gambling