Entering a Competition-Understanding the Judges 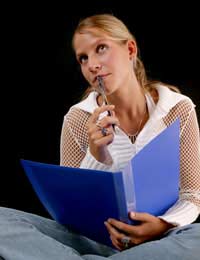 When somebody stands between a comper and their prize, it pays to understand them and treat them with both respect and kid gloves.

Fretting over a Judge’s Whims and Wants

Never knowing that figure responsible for choosing the winners inevitably leads compers to constantly question the inner workings of the judge’s mind. Is my losing streak down to something I’m doing wrong or is it just bad luck? Have I damaged my chances by constantly fretting over the judge’s whims and wants?

In the interests of impartiality, local competitions and small promoters will often select someone unconnected to either the prize or the comp to pick out the winner. This could be anyone from a local dignitary to office dogsbody. Companies putting on the larger promotions will typically get a response management house to run the competition. These organisations will log all the data onto a computer and then select the winner at random.

The Institute of Sales Promotion is in charge of making sure this judging is carried out fairly. Included in their membership are individuals who are invited to be independent adjudicators and also to sit in on the tiebreaker judging panel.

No Purchase Necessary – Or is it?

Compers are masters in the fine art of the no purchase necessary route, where a clause allows them to compete in competitions without having bought the product, but are they really judged as equally as those who have parted with their cash?

If a competition is run fairly and according to the rules then no purchase route entrants have as much chance of winning as the money spenders. There is of course a danger that a promoter might not play by the rules but generally the larger the company the less they are willing to jeopardise their brand reputation by conning a competition entrant.

Many competition entrants get suspicious when entry forms ask for information about themselves that goes beyond name and contact details. Does it matter whether I am male or female? Does is matter if I am 92 and not long for this world? Does it matter if I live in the lap of luxury in the Channel Islands? Is this information counting against me in some way?

Beyond any standard age restrictions for respective children’s and adult competitions, the judge should bear no discriminations towards being a certain age. And if not specified, then there no reason why a man is not allowed to win a beauty therapy session or a woman a trainspotter’s handbook. Compers often like to enter competitions thinking their prizes would make great gifts for instance. If there are suspicions of any ageism or sexism taking place then the Institute of Sales Promotions should be informed.

So why do promoters want to know an entrant’s age and gender? Usually this information is used for marketing purposes. Companies will try any method they can to find out which age and gender groups like their products best, so that they can see how well their marketing campaigns are working and how they can fine tune them.

With regards to how a home location affects chances of winning, this information will be included in the competition’s term and conditions. When these specify ‘UK only’ then this should include England, Scotland, Wales and Northern Island, although some promoters don’t believe the latter country to be part of the same nation and write ‘UK and Northern Island’ accordingly. The term UK should also include all of the British Isles, such as the Channel Islands, the Isle of Wight, the Shetlands, unless the term ‘Mainland UK’ is used.

The Republic of Ireland is whole different nation with its own rules regarding competitions and so is often ruled out of UK competition entry and vice versa. If it is allowed then the term ‘UK and ROI’ will be used. Needless to say if living anywhere outside of the traditional UK environs then it is sensible to first check the rules before entering a UK competition.